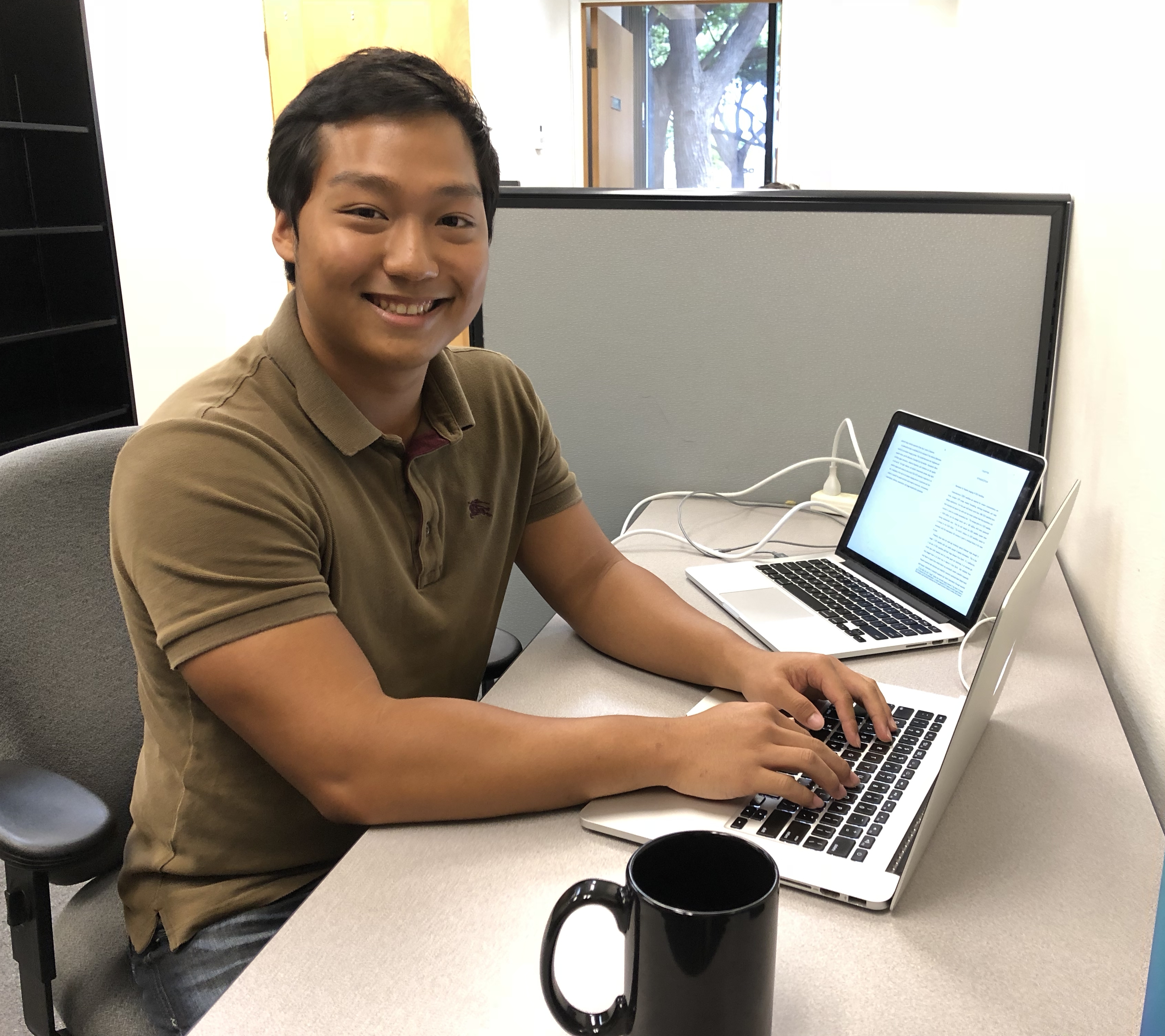 Sae Hyun Song was born in Seoul, South Korea but, was raised on the island of Oahu. After graduating from Kaimuki High school in 2015, he is currently a senior pursing a Bachelor of Science degree in Computer Science at the University of Hawaii at Manoa. His career interests including working in the software engineering or web development industry. Interests outside of academics are tennis, weight training, computer games, and spending time with family and friends.

Geosynchronous (GEO) satellites are essential for modern communications such as television broadcasting, weather forecasting, global communications, and many important defense

and intelligence applications. However, because GEO satellites have an orbital distance of about 36,000 kilometers, currently there is no way to image a GEO satellite with any useful amount of spatial information to resolve malfunctions, maladies, and communication errors upon orbit insertion. Obtaining a high spatial resolution image of the GEO satellite can be done through shadow imaging, which consists of measuring the irradiance distribution of a shadow on the Earth’s surface generated by a satellite occulting a star. Shadows of a GEO satellite a stellar occultation event travel at very high velocities on the earth, thus an accurate prediction of the location and time of a shadow event is crucial. The purpose of this project is to correlate an existing shadow prediction tool to a database of images containing known GEO satellites within a star field to characterize the accuracy of the prediction tool. We compared predicted GEO shadow events from the existing tool with measurement inferred shadow trajectories from the imagery database using Matlab. This simulation will begin to provide information on the accuracy of the GEO shadow prediction tool and whether bias or statistical anomalies exist. This adjustment will ultimately allow us to predict when and where GEO shadow events occur on Earth with high accuracy so that observations can be routinely scheduled.