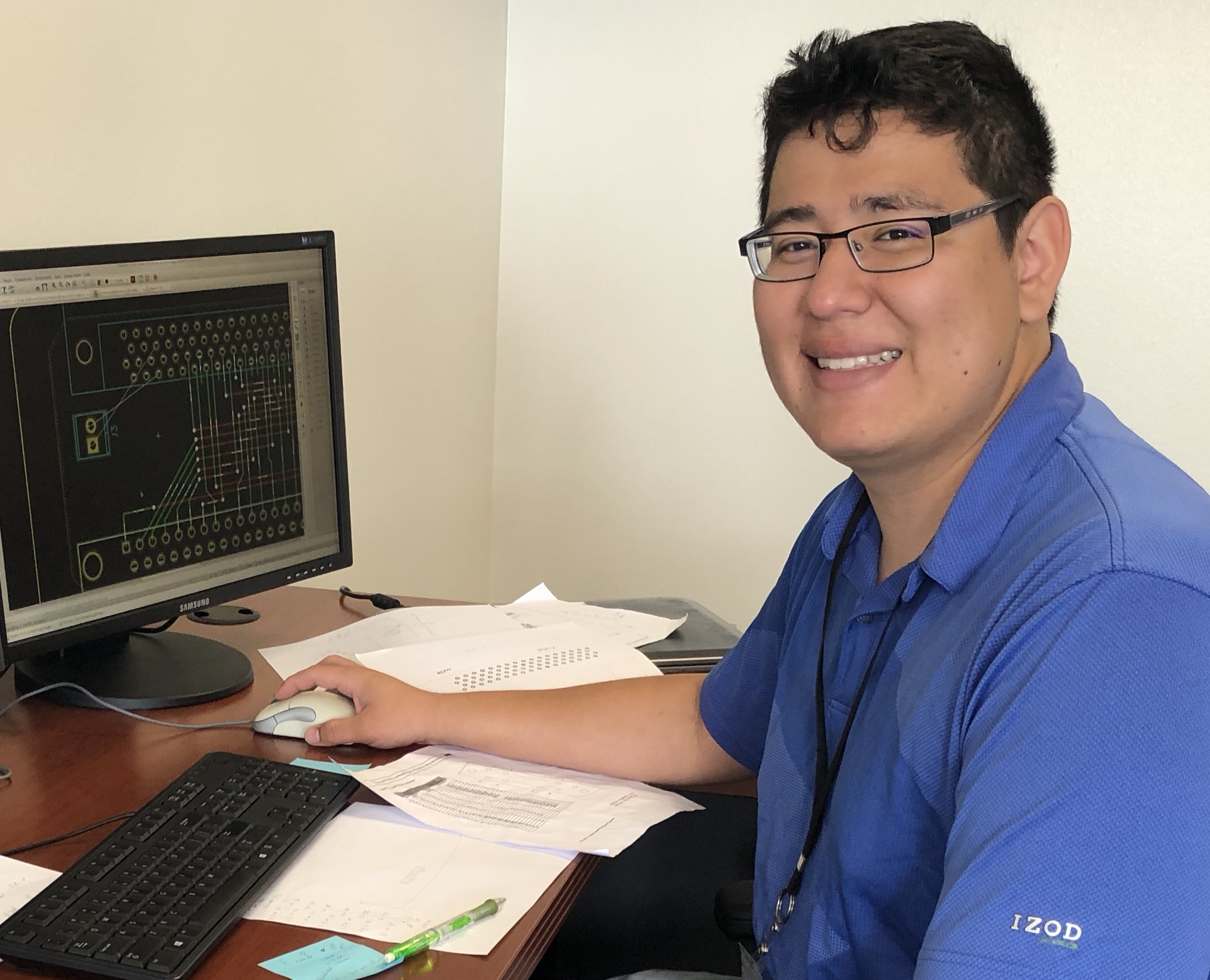 Matthew grew up in Wailuku, Maui and graduated from Seabury Hall in 2015. He is a Senior at Gonzaga University and is pursuing a Bachelor’s of Science in Mechanical Engineering. Matthew is also currently helping a professor research combustion. After college he plans to head into the aerospace industry, and possibly pursue a Masters Degree. In his free time, Matthew enjoys reading, video and board games, and learning more about the technology of the future.

For most observatories, internal vibration is one of the largest causes of image distortion. As such, Gemini has put in place a vibration monitoring system (VMS) to test and locate any sources of vibration. However, the current VMS was created as a temporary solution for a more permanent problem. The previous VMS was just a prototype, and is being upgraded to a newer and more reliable system. It was also found that the old VMS referenced the wrong accelerometers when testing for vibration. We were tasked with streamlining the system in three areas: hardware, software, and mechanical. Printed circuit boards (PCBs) were custom designed and installed to eliminate wire tangle leading out of the VMS. Chunks of code in Python were simplified, allowing for a better Arduino trigger to activate both VMS systems. Also, a new sheet metal box was designed to permanently house the VMS and its side components. The entire system was tested to ensure that it would be able to successfully monitor vibration through a network of accelerometers. In the end, three separate PCBs were designed and manufactured; they were also soldered and installed into the system and tested for correctness. The sheet metal box was approved for manufacturing and many issues with the system, such as output voltages being too low, were looked into and resolved. This system will likely be duplicated and implemented in the Gemini South observatory to maintain cohesion with Gemini North. The new VMS will be kept around for many years to be able to, on the fly, trace for any unwanted sources of vibration.