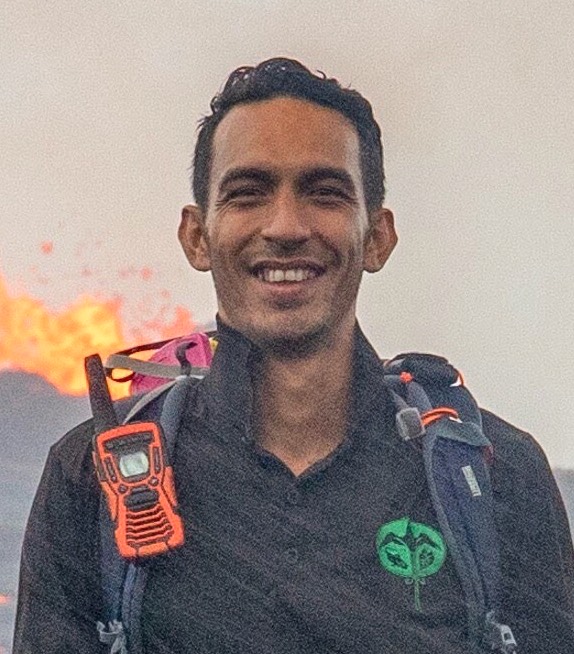 Leomana Turalde is a Hilo native. He was raised in Hawaiian emersion schools until his last year and graduated from Waiakea High School.  He Joined the Marine Corps Infantry in 2005 and served in multiple combat tours with the Marine Force Reconnaissance Teams.   In 2011 he left the military and started dancing for Chinky Mahoe and Kawailiul, and since then has become a prominent dancer and composer. He is currently attending University of Hawaii at Mãnoa majoring in Astrophysics. His hobbies are traveling, extreme sports, jiujitsu, fighting, poetry, reading, philosophy, sky diving and cliff jumping. This past semester he was a part of UHCC project Imua team that competed in the NASA Student launch Project and was the team rocket engineer and safety officer.

The Survey of Centaurus As Baryonic Structures (SCABS) has observed the Giant elliptical Galaxy to find dwarf galaxies. This will aid the understanding of stellar populations and provide us with a legacy resource catalog for future astronomy use. The Dark Energy Camera mounted on the 4m Blanco telescope at Cerro Tololo Inter-American Observatory, Chile, was used in observations for this project. The images were processed through the science program called DEcam, a custom, Python-based reduction pipeline, and is responsible for finding the point sources of light. The images are taken and ran through a data quality assessment program. The program will use python tools to quantify the depth of the images and assess the data. The original image will be used to find source-free regions in the images where artificial stars can be inserted. We create a list of artificial point sources of light and add them to the real image. The source detection algorithm then re-finds these light sources and quantifies at what brightness cutoff 50% and 90% of the artificial sources can be recovered. This will help build a standard baseline for future researchers to understand the overall depth of the legacy catalogues.