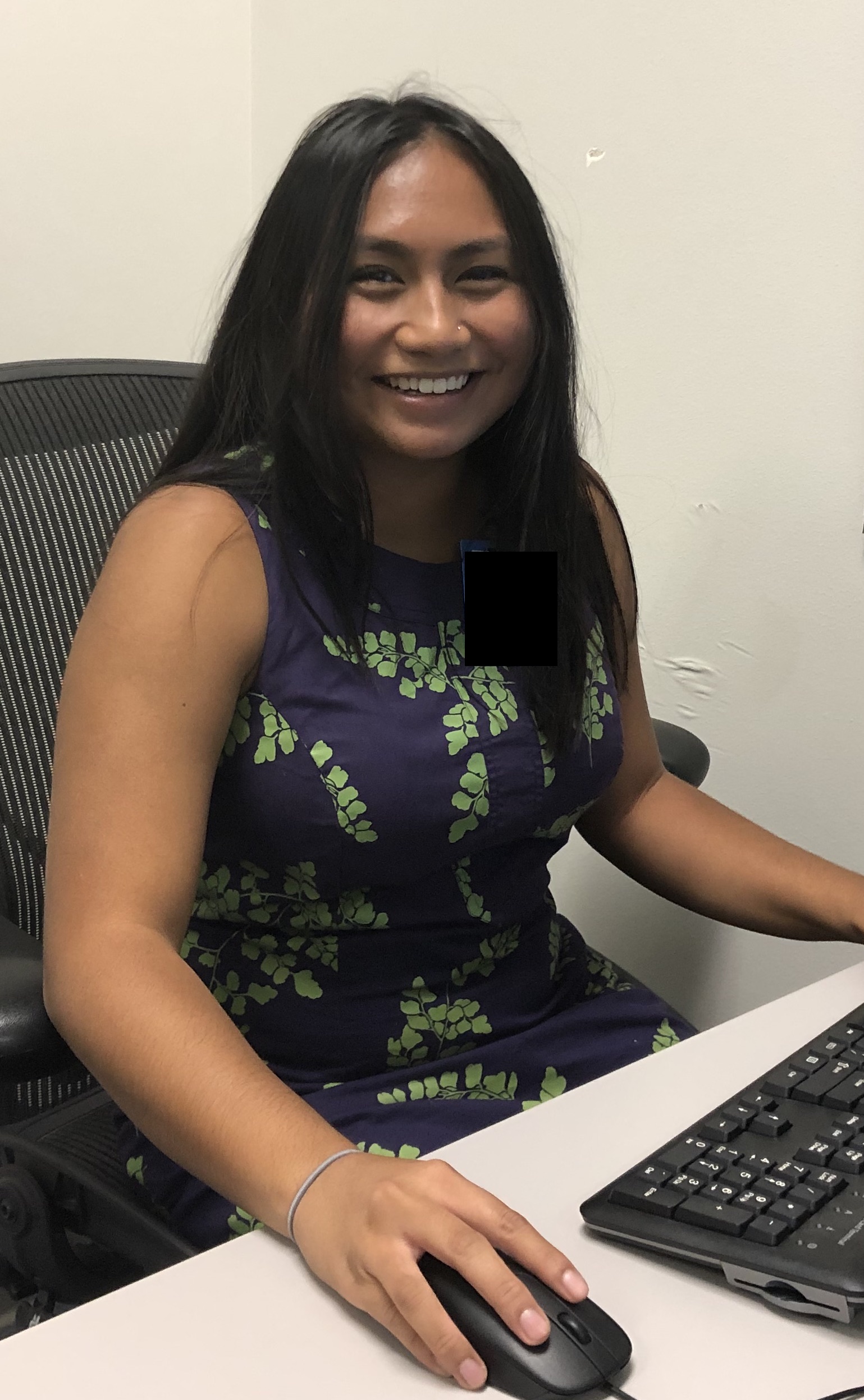 Keakealani Pacheco is from Phoa, Hawaii and graduated from Kamehameha Schools Hawaii in 2016. She is going into her senior year of college at the University of Hawaii at Hilo, in hopes to pursue a BS in Computer Science. After graduation, she plans to use her degree to give back to the community that she grew up in. Along with her interest in computer science, she enjoys practicing aloha ‘ina, community building, and spending time with her friends and family.

Institution when accepted: University of Hawaii at Hilo

The Dynamical Optical Telescope System (DOTS) team, with its contracted partners, developed an astronomical metric software called AstroGraph. AstroGraph uses stars as fixed points in order to identify objects in space. The Air Force Research Laboratory (AFRL) gave me the task of testing AstroGraph and documenting issues needing correction and consolidated into a solution manual for use by other government organizations. Many factors lead to problems for new users, for example, updates in open source libraries, operating system errors, and lack of assumed knowledge. Software engineers who have an extremely in-depth understanding of the software and its Linux environment wrote the current AstroGraph documentation. Therefore, a lot of instructions tend to be less thorough due to numerous details being assumed knowledge. In order to be successful in my task, I must close the gap between the current version and one for a novice user. I personally installed, trained with, and used AstroGraph, which gave me personal insight into issues that other non-expert users would face. One challenge unique to my testing involved operating the software through a virtual machine.  Installing AstroGraph on a virtual machine with a Linux operating system is a constraint of the military, being that AFRL works under a protected network. I had no access to a working standalone Linux machine within their vicinity. This made the testing process more challenging, considering that I now dealt with virtual machine issues as well. Despite this challenge, I documented and gauged the difficulty of the operation within these limitations and pointed out the software’s flaws in terms of usability. A clear indication of my success will be a well-documented set of instructions along with troubleshooting expertise, as well as being able to present and teach AstroGraph to the AFRL research team. My documentation will lower the integration cost incurred by the government during software development by creating an easier set of instructions that can be available for distribution.