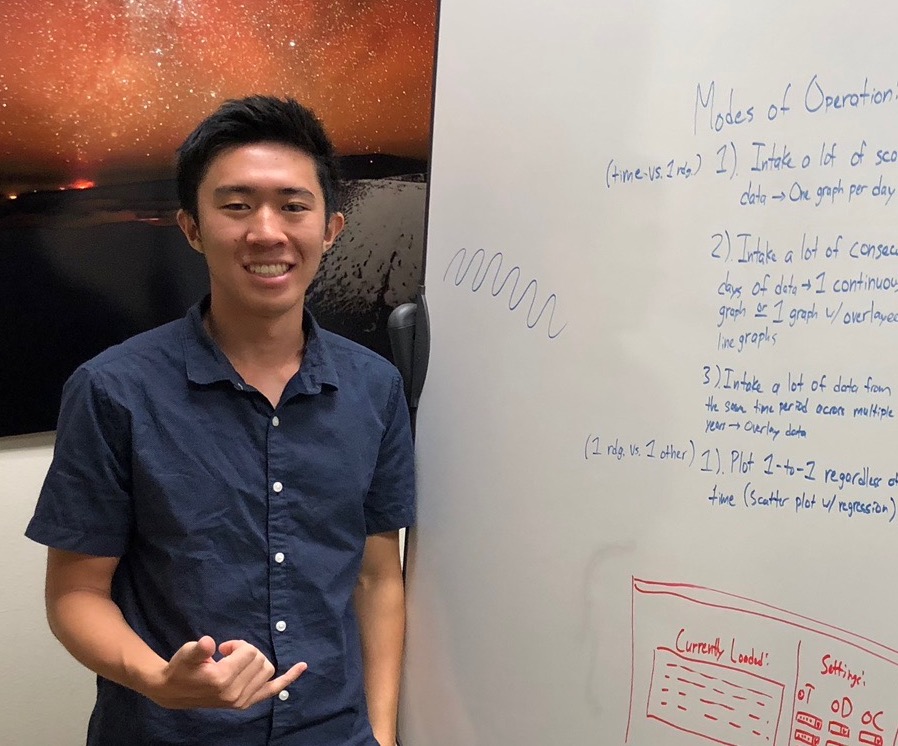 Derek Ogi is a second year at the University of Southern California studying Computer Science. He is interested in the wide applications of computer science in today’s society and hopes to use his education to leave his mark on the field. Derek has several side projects including work as an engineer on an indie game. In his spare time he also plays tennis and taiko.

Akamai Project: Telescope Operational Procedure Optimization: Developing a Software Tool to Mine and Visualize Sensor Data from the Keck Telescopes

The W.M. Keck Observatory is a two-telescope observatory that aims to advance the frontiers of astronomy and produce high quality data to inform scientific discovery on an international scale. The current operational model includes setting the dome temperature in the afternoon based on the external temperature forecast for the night and calibrating the science instruments in the early afternoons. As part of their operations, the telescopes collect a wide berth of data regarding conditions such as temperature and meteorological readings. This data is important because as light travels through mediums of differing temperatures, its reflective index changes which result in changes to its behavior. The archived sensor data could be potentially used to investigate the impact of these optical effects and improve the operational procedures. My project is to develop a Python software tool which lets scientists tap into valuable information within these archives via visualization, characterization and statistical analysis. Years of archived text files are compiled into an accessible datastore and visualized using the NumPy and Pandas data science libraries. In addition to making existing data easily accessible and visible, my software tool also allows for the interpolation of new data such as trends over seasons, correlations between various conditions and image quality, as well as niche data such as temperature differentials between various parts of the dome. With this valuable data in-hand, scientists will be able to draw new conclusions regarding telescope operation and hopefully develop new hypotheses to further improve the quality of data being produced at Keck.