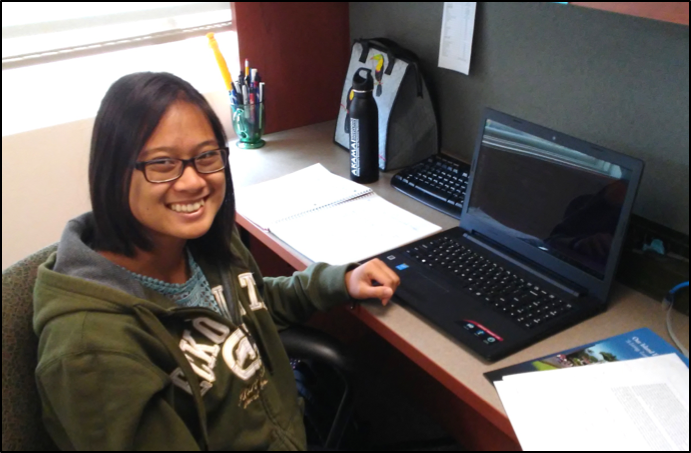 Christine was born on the island of O‘ahu and raised in Waipahu. She recently graduated from Honolulu Community College (HCC) with her Associates of Science degree in Computer Electronics and Networking Technology (CENT). Christine will attend the University of Hawaii – West Oahu in the fall and expects to graduate with a Bachelors of Applied Science in CENT in December 2017. As the Director of IT Affairs at HCC, she promotes the mission to bridge the gap between students, alumni, professors, IT professionals, and Hawaii youth in the Hawaii Advanced Technology Society (HATS) student organization. Christine is interested in a career in computer networking and/or cybersecurity. She plans to become a Certified Cisco Network Associate (CCNA) and Certified Information Security Systems Professional (CISSP).

The High-Level Software (HLS) group of the Daniel K. Inouye Solar Telescope (DKIST) uses version control systems to keep track of file versions of instrument systems, control systems, common services framework, and camera systems software. The current version control system used for these software systems is Concurrent Version System (CVS). CVS has not been keeping pace with modern software version control developments, so the HLS group would like to migrate to a new version control system called Git. The purpose of this project was to verify that Git is a suitable replacement for CVS and develop an upgrade strategy to migrate from CVS to Git. Resources on version control systems and migration strategies led to testing different CVS to Git migration tools and studying Git functions. Simulating migration tools and Git functions was done on a VMware workstation running a virtual Ubuntu operating system. Testing with Git was conducted to understand its functionality, what tools can be used to best organize a large file history, and how to implement the appending file directory structure from CVS. It is suggested that Git is a suitable replacement for CVS based on the success of importing an existing CVS repository and making changes to CVS files in Git. The upgrade strategy should involve using ‘cvsconvert’ as a migration tool, ‘git clone’ to replicate the current complex file directory structure of CVS, ‘git merge/rebase’ for updating between local and remote repositories, and Smartgit as a graphical user interface (GUI).